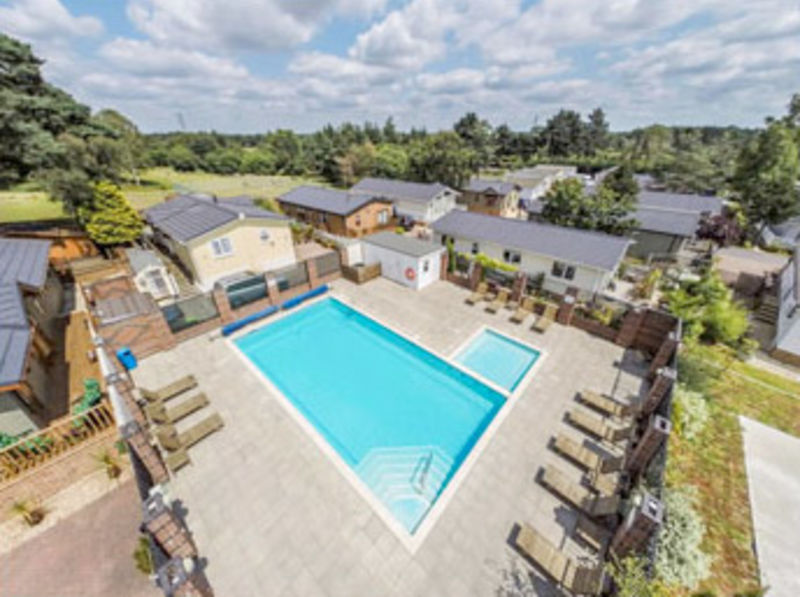 RESIDENTS of a ‘holiday park’ facing eviction were mis-sold their homes, it has been claimed.

The Daily Echo received a letter purportedly from the Tall Trees Home Owners’ Association which said many residents at the site, in Matchams Lane, “were led to believe that it was possible to live on the park permanently, as long as an emergency contact address was supplied”.

Christchurch council says the park only has planning permission for use as holiday accommodation and it now plans to evict the residents, the majority of whom are retirees in their 60s, 70s and 80s.

However, as the letter claims correctly, the council has been charging the residents the full band A council tax - £1,160 for 2016/17 - rather than the reduced holiday home rate.

The letter states: “Prospective buyers were advised that Tall Trees Park enjoys a 12 Months, Full Use Licence, which is correct. What they omitted were the words ‘as a holiday park’. This constitutes mis-selling.”

It further claims that only some of the contracts received by residents included the words “holiday use”.

Also, it says: “Over the past four years purchasers were also quoted the band A council tax charge in the information pack, a crucial factor indicating acceptance by Christchurch Borough Council that Tall Trees is a residential park homes business.”

The letter concludes: “We may have been gullible and naive when we bought our homes, but had no idea the hundreds of thousands of pounds we have cumulatively spent on our ‘forever homes’ could cause the stress this action has caused.

“Several people have been seriously ill since this enforcement action was started, ranging from sleeplessness to strokes and heart attacks.”

The Daily Echo has contacted park operator South Coast Park Homes for a response to these claims but has not received a reply.

Christchurch council has acknowledged collecting band A council tax from residents, but said the decision was made by an external body.

Ian Milner, strategic director for Christchurch and East Dorset councils, said: “The Valuation Office Agency (VOA) has sole responsibility for deciding if a property is considered to be domestic and therefore required to pay council tax.

“The council is legally required to collect council tax from any property deemed to be domestic by the VOA, including those at Tall Trees.”

“The collection of council tax is entirely separate to any planning issues on the site.”

He said the council would collect the full amount determined by the VOA unless a specified discount was applied for and granted.

Courtesy of the Bournemouth Echo.

Just Lodges' Editor's Note: We cannot stress how important it is that you look at the Park's Site Licence before you buy to check that they are licensed for the use you are looking for. With a very few exceptions, all the parks listed on this website are holiday parks and you cannot make them your permanent home. If you decide to take the risk, it is at your own risk, but beware, you may lose your investment should you be discovered.